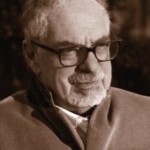 Jerry Graff is building an incredible legacy in education. Check out this guy’s books now!

If you’re familiar with the “non-freaked out approach to the Common Core,” you’ll likely know that I favor going big on argument. This is because I’m a Gerald Graff fanboy. I’m a Graffist because I agree with the central premise of Graff’s work, that argument is the unifying thread through all of academic and public discourse, and that therefore argument is the pedagogical key to unlocking the latent intellectual in each student, democratizing academia, and about 50 million other things we’re banging our heads against in US education.

A Simple, Two-Paragraph Template that Helps Kids to Really Argue

Jacket on, jacket off

The problem with joining in the conversation is [for students] that, although my teenage students (like yours) are passionate arguers in whatever topics they like to nerd out about outside of school–sports, fashion, video games, anime, or whatever–they often lack the tools for entering into argumentative conversations in academic, professional, or civic realms.

And in case a horrible tragedy has befallen your life and you’ve someone not seen the Star Wars series or Karate Kid–and seriously, you should fix this–here’s what I’m saying: my teenage students have got lots of spirit and energy, but they lack training andfocus.

So it makes sense–beautiful sense–to offer them some scaffolding with which to support their thinking.

But what scaffolding, you may ask. Well, if I were teaching them karate, I might have them do something like this (click here if you can’t see the embedded video below):

But since we’re trying to teach them to enter into the argumentative conversation that includes our AoW, we need something like the simple, beautiful sentence templates created by power couple Gerald Graff and Cathy Birkenstein in They Say / I Say.

But for AoW, I use a Graff/Birkenstein resource that’s even more explicitly scaffolded than the sentence templates: a two-paragraph They Say / I Say argumentative writing template (see below) that I first found in Graff’s Clueless in Academe. If you haven’t bought their books, let me recommend that you rapidly do so; and if you’re not feeling the price tags, write a simple, effective resource request email to your principal and make your school buy them!

Get this: I’m requiring that every student use this template until I see they’ve fully internalized the moves it contains…. Two posts ago, I introduced Graff/Birkenstein’s two-paragraph They Say / I Say templateI’ve been requiring my students to use in response to our argumentative Articles of the Week. And as a disclaimer, I’m about to nerd out pretty heavily on some intricacies of instructing with the template, so, if you’re not interested, feel free to go check out some Vladimir Putin gifs like this one.

Since requiring the use of the template a month or so ago (previously, I simply offered it as a support for my students), I’ve noticed a few fruits:

My struggling students have grown increasingly confident in responding to arguments in Articles of the Week, as the template makes argumentative movesexplicit instead of vague;

All of my students seem to have jumped a bit in their ability to write academically–for instance, in a recent trimester exam assignment in which students argued for the most significant event of the Middle Ages, I was happily surprised to find more of my students meeting basic proficiency in laying out their arguments with some sort of cohesion;

And finally, it’s become easier for them and for me to see if they even understand the arguments they’re arguing with. Within the first sentences of the template, it’s pretty obvious if students get the argument they’re responding to. This makes it much easier for me to check their understanding and remediate or reteach where necessary.

(I’m tempted to give this lattermost point highest importance because it’s from a deep understanding of what “they say” that my students–and me, and all humans–are able to develop deep, rigorous “I say” arguments.)

All good things. Once again, I can’t thank Graff and Birkenstein for works like Clueless in Academe and They Say / I Say enough.

Yet at the same time, I’ve been getting a few questions from my students (and from you, dear life-dominating Teaching the Core community members!) that merit a bit more exploration of how to most effectively leverage this template for all its potential. And so below, you’ll find a few ways I’m working to deepen They Say / I Say work with all of my students.

Modeling the template with exemplars

So while I love giving my students argumentative articles of the week in part because various columnists model for them, again and again, how arguments work, I’ve also been learning my kids greatly benefit from seeing the work they’re being asked to do modeled a bit more explicitly.

And so this week, when I introduce our latest AoW, I’m going to use the exemplar below to model more of the how and why of They Say / I Say work (this example is in response to one of our more recent AoWs):

The general argument made by the New York Times’ Editorial Board in their work, “E-Smoking Among Teenagers,” is that the FDA needs to prohibit e-cig manufacturers from marketing and selling their wares to teens and children. More specifically, the Board argues that even child-enticing flavorings should be banned. They write, “The new rules ought to… outlaw flavorings clearly designed to entice children” (3). In this passage, the editors are suggesting that fruit- and candy-flavored e-cigs are a ploy to get minors vaping. In conclusion, the Board’s belief is that e-cigarettes should be banned from in any way enticing minors.

In my view, the Board is right, because, while e-cigarettes may be healthy compared to adults with pack-a-day tobacco habits, they are in no way positive for teenagers to smoke. More specifically, I believe that the facts speak for themselves: “nicotine–delivered in any manner–can impair adolescent brain development, is extremely addictive, and can be dangerous at very high doses to people of all ages” (Editorial Board, 3). In other words, e-cigarettes still spell danger–and a lifetime of addiction–for minors. Although e-cig manufacturers might object that restricting e-cig flavorings is unnecessarily harsh, I maintain that flavorings are a form of marketing, and when those flavorings appeal to the tastes of middle and high school students, they should be banned. I do recognize that there’s a slippery slope here–after all, look at all of the alcoholic beverages that are fruit-flavored, for instance–but just because one addictive substance has teen-enticing flavors doesn’t mean every addictive substance has to. Therefore, I conclude that e-cigarettes ought to be regulated in the manner set forth by the Editorial Board.

(Bonus: If you’d like to see an annotated version with my teacher comments, check this out.)

Now, if you’re sharpety-sharp, you might have noticed that the model above — gasp! — ventures away from the template at several points. And that’s because I think my students are ready to start toying with…

…Letting the argument dictate the moves

In the model response above, I (the writer) was struggling in the second paragraph withthe original template’s call for a “for example” sentence. It didn’t seem to fit, largely because, in the preceding sentence, I had just quoted the article to illustrate why I agreed with the authors. So rather than force the “for example” sentence starter, I did what Cathy and Jerry advise their students to do: I used a different template that fit (in this case, I wanted to elaborate on the quoted material).

Moving forward, I want my students to keep in focus why we use the two-paragraph They Say / I Say template:

I’ll still expect my 9th grade students to submit two-paragraph They Say / I Say responses with every complete article of the week; the only change I’m making is that I’ll start encouraging them to play within that framework.

But Dave, why not give the kids complete freedom right now!? You’re slaughtering their creativity, you butcher!

I know some believe we should always allow students to dictate form and structure–that this will, ultimately, make them real writers. After all, as an adult, we aren’t often forced to write two-paragraph They Say / I Say arguments, right?

But it’s like the Karate Kid analogy I used two posts ago: by giving my kids lots of “jacket on, jacket off” experiences with this simple template–and, now, the freedom to modify and adapt it without abandoning the basic They Say / I Say structure–I’m seeking to help them build a neural network of argumentative moves that, once unleashed in later courses that offer less scaffolding, will serve them well.

Basically, when they are presented with argumentative situations in the future, I believe practice with this template will allow them to 1) see the actual argument, 2) properly process it, and 3) respond productively.

And to get back to that whole “real writers don’t use templates like this” argument: I totally do! Reading They Say / I Say has made me a better writer and arguer — I wish I had been assigned it in college!